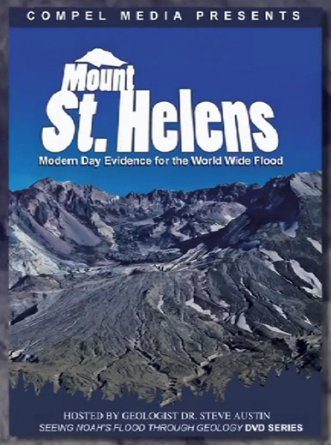 Mount St. Helens Modern Day Evidence for the Worldwide Flood is a DVD from Awesome Science Media. It’s hosted by Steve Austin on location at Mount St. Helens and several other surrounding locations. It has a runtime 36 minutes.

Mount St. Helens was a small to average volcano and it still produced an explosion the equivalent of 440 million tons TNT. That’s like setting off one atomic bomb per second for 9 hours. What’s worse is history has much larger volcanos. For example Yellowstone has much larger and created the lake at Yellowstone. These volcanos can explain why the earth has the features it has.

This DVD goes through the science and shows the geological effects of the eruption and then applies that knowledge to what we see on the earth, showing scientifically how the geological features we see supports creation.

Here are the sections of the DVD and the science each section discusses.

Part 1 talks about the formation on the Toutle River and shows the sequence of strata. It has 600 ft of deposits. What’s interesting is that each layer has a date. We can understand how the strata formed. We know the actual date of each layer and we can establish the sequence. Dr. Austin points out the strata on the cliffs and several other areas on location.

An interesting point he makes is that particles can be separated at high speed, into coarse and fine, showing layering can form rapidly into micro thin lamination. This helps us understand the sandstone strata in the Grand Canyon which has the same layering appearance. The eruption shows that the process can form the strata rapidly.

Part 2 shows how the rapid erosion altered the landscape.

The north fork of the Toutle River has rapid erosion from an avalanche deposit 25 square miles. Everything there formed since 1980. Dwight Canyon has 100 ft of erosion. A steep Canyon shows 600 ft deep erosion. All of this erosion occurred rapidly.

Pits were filled in, debris dams filled with mud, water cut through it and made a series of canyons. A140 ft deep canyon eroded through the deposits since 1980. The evidence shows that the errosion caused the stream not the other way around.

Lots of canyons were caused from the erosion that looks like it took 1000’s of years to form but we watched it form rapidly.

This places a lot of doubt on the idea of the Colorodo River cutting out Grand Canyon. This theory has been junked by many geologists. Must don’t think it took millions of years for Grand Canyon to form. They speculate it was formed rapidly from a great lake that breached a dam and drained 270 miles long spillway. This shows that the Grand Canyon may be explained by catastrophic process, and this is illustrated by the landscape of Mt. St. Helens, which has a miniature Grand Canyon of its own.

Part 3 discusses logs and how they can look like ancient forests. Mount St. Helens was the largest landslide in recorded history. The lake was displaced by the landslide including 200 ft of rock material. Water waves reached 860 ft high and 1 million logs on were deposited on Spirit Lake.

Dr. Austin discusses how sonar shows hundreds of logs floating upright. It is believed there are 10,000 logs standing upright in Spirit Lake. Diving shows that some of the logs are embedded while others are easily moved.

The different layers shows different times that the logs were embedded. The trees are actually a stratified deposit based on species that appears to be multiple forests. It looks like a replanted forest but it all happened rapidly. This is the first step in the formation of a petrified forest.

This could help interpret the petrified forest of Yellowstone, where the roots terminate abruptly 4 ft at the base of the tree. They have no soil horizon so they didn’t grow in place. They have a tree-ring sequence that shows the trees grew at the same time.

Mt. St. Helens is a miniature laboratory to study how logs get buried and rapid formation of petrified logs like at Yellowstone.

Nova Scotia shows peat exposed by erosion that shows roots. Coal beds could be developed from tree bark. This can happen from logs rubbing together creating bark beds under the water. Nova Scotia doesn’t look like swamp deposits.

Dr. Austin had been working on a theory that floating log-mats could explain the origin of coal. He did his PhD dissertation on floating log beds. Then volcano exploded. The logs at the lake float but there’s no bark. It’s at the bottom of the lake. There is a 3 ft layer of peat at the bottom.

Spirit Lake will form a new coal bed if it would get buried. This shows it doesn’t take millions of years to form coal beds. The plant material can accumulate rapidly. Everything is needed to make coal is in Spirit Lake.

Mount St. Helens is a laboratory for the study of the process of coal formation.

Part 5 talks about biological recovery of the area around Mount St. Helens. Dr. Austin shows lots of plants that are growing in the land that’s covered with ash. It doesn’t take a long time to recover. This area was recovered in 30 years.

Pocket gopher survived the steam blasts and they reseeded the blast zone. Lots of animals have come back. There is more elk here than in the forest.

Part 6 – What the Mountain Teaches Us

Part 6 talks about what the volcano tells us about ourselves, about the formation of the earth, and about God. The humanist is humbled because of the power that’s not under man’s control. The Bible tells us that God is in control – Psalm 104:32.

When the volcano erupted, 57 people died. All were warned. God has provided a warning to all.

This section also gives us a  quick recap –

Mount St. Helens is the most significant geological learning experience of the 20th century. It is a scale model to study creation and the global flood.

The DVD has several bonus features:

Awesome Science Media provided this DVD free for review. I was not required to give a positive review – only an honest review. My opinions are my own. 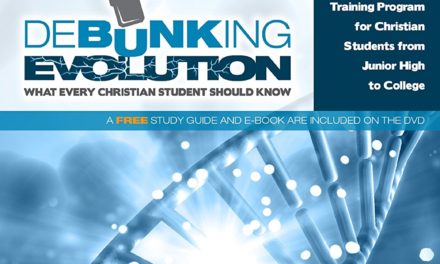 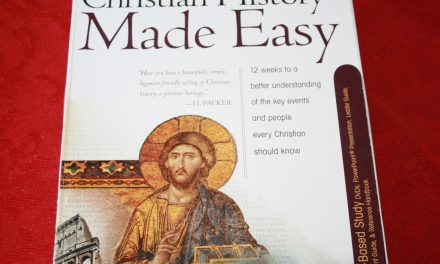