It doesn’t take much time on this website to find that I have a deep affection for wide-margin Bibles. Wide-margin Bibles draw me into the Bible, asking me to interact with it by writing my thoughts next to a passage of Scripture. Wide margins are one of the greatest tools for interacting with Scripture, and this interaction is one of the best ways to grow deeper in God’s Word. Crossway’s latest edition, the Wide Margin Reference Bible, provides one-inch margins to interact with the Scriptures and still provides other tools to support that study: cross-references, a concordance, and maps in genuine leather at an affordable price. There is enough here for this to be my ‘one Bible’.

The cover of my review copy is black genuine leather with a paper/vinyl liner. The cover has the grain and stiffness that I like. I can hold it open and it will lay flat in my hands with ease. Floppy covers are nice and elegant, but I prefer the stiffer cover with more structure. It looks and feels nice. It’s built well. It has a sewn binding and lays flat with no problem. This should be the standard construction for any Bible.

The paper is perfect for writing. I’m not sure of the gsm, but it’s thick and opaque. It has line-matching which makes it look even better. It has a white tone. I wish every Bible had this paper. The font is a 9/10 and looks nice and sharp. To me it looks like the same font used in the Clarion (one of my all-time favorite fonts). It’s maybe a semi-bold. The red-letter is about a medium red. It is very readable.

This is a two-column, paragraph format. The standard textual layout is here: poetry set to verse and OT quotes are offset to make them easy to identify. The references are under the last verse on the page and the notes are placed in the footer. The verse numbers are just enough bolder than the text to make it easy to quickly find the verses you’re looking for. Section headings are in bold italics. It has one-inch margins for writing. One inch margins might not seem like much but if you write succinctly you will be able to get enough in there to be useful. Each book starts on a new page. I love this because it gives a few pages here and there for writing. This is something that I find is extremely important in a wide-margin Bible.

The references are based on systems from Oxford and Cambridge and are quite extensive. Types of references include keywords, specific themes, similar themes, and direct quotes. There are 21 verses for Genesis 1:1. They are placed under the last verse on the page, with the verse they apply to in bold, and are keyed to the text with letters. The footnotes are placed in the footer of the page and are only keyed with numbers. Types of footnotes include alternate renderings, Hebrew and Greek explanations, general explanations, and technical notes about difficult passages. I find the footnotes to be very useful in Bible study.

The concordance is 61 pages with three columns per page. That’s not a lot of pages but with three columns it still has a lot of entries. It says there are 2400 entries and 10,000 references. There are 52 entries for God. The entries are in bold and the verses are placed on individual lines, making it easy to use.

There are eight pages of maps that are printed on heavy coated card stock. The paper is the type I prefer for maps- not shiny. The maps colors lean more to the earth-tones, which I also prefer. They could be a little more colorful or bold, but that’s just me being picky. They’re fine the way they are. I do wish they would have included an index, but the maps are labeled well enough that it’s easy to find what I’m looking for.

Comparing with the Clarion

Crossway’s ESV Wide Margin Reference Bible is a true rival to Cambridge’s ESV WM and in my opinion, even surpasses the Cambridge Wide Margin with a larger print and better layout with the references located under the last verse on the page. Some may be put off by it being made in China, but to be honest this is the highest quality Bible I’ve reviewed that was made in China and I wouldn’t have known it if they didn’t tell me. If I could add two things it would be paper in the back to write on and at least one more ribbon. This could easily be that ‘one Bible’ that you could study from, study in, read from, and carry with you. If you don’t want to write in your Bible it even makes a great reading Bible. Highly recommended.

Crossway provided this Bible free for review. I was not required to give a positive review- only an honest review. My opinions are my own. 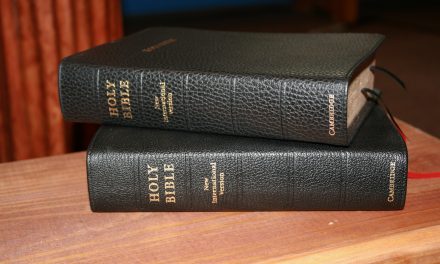 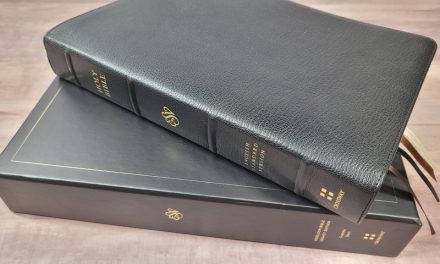