This is the fourth installment in Master Books popular and well written New Answers Book series. Written by many different authors (including Bodie Hodge, Dr. David Menton, Dr. Andrew A. Snelling, Dr. Georgia Purdom, and more) and edited by Ken Ham it answers 30 more questions in the Creation/Evolution debate. 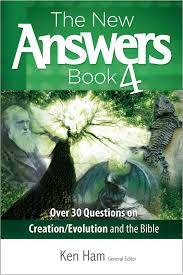 The questions it answers include:

Does the gospel Depend on a Young Earth?

Should There Be a Battle between Science and the Bible?

What about Living Fossils?

How Big is the Universe?

What are the Tactics of the New Atheists?

What about Beneficial Mutations?

The chapter I would recommend most highly is #10″ What Are Some of the Best Evidences in Science of a Young Creation”. It contains short explanations of 10 different evidences and even discusses some of the rescuing devices people will try to use against them. It alone is worth the price of the book to me.  As a student of Hebrew and someone interested in genetics and nutrition I also found the chapters on “the Hebrew Language and Genesis” and “Are Genetically Modified Organisms Wrong” particularly interesting.

You would have to help younger children to understand a lot of the information is this book.  But having this book (and others from the series) will give you a solid foundation to start on when answering their questions. Chapter 5 “Is Evolutionary Humanism the Most Blood-stained Religion Ever?” would have been useful a year or so ago when we were helping my 9 year old nephew to answer a classmate that said “Christianity kills thousands, Atheism kills none. ”

We live in a world that is increasingly skeptical and sometimes even hostile to Christianity. If we wish to change, or even slow, this pattern we must have answers for people. I highly recommend this book for anyone who frequently finds themselves having to defend their belief in God and the Bible, or for anyone who wants to prepare themselves in case that might have to. 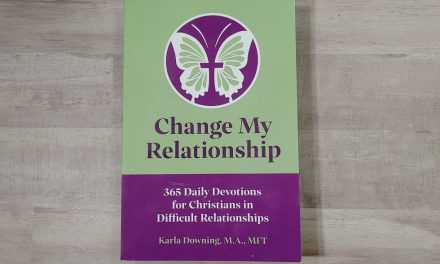 For the Joy Set Before Us – Review 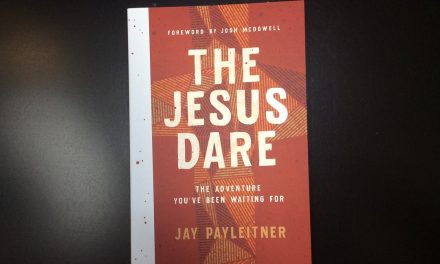