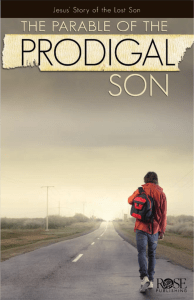 Rose Publishing’s The Parable of the Prodigal Son takes a look at the parable of Jesus and analyzes the thoughts, actions, and reactions of not only the main characters in the parable but also those listening to Jesus. Rather than focus on the prodigal son only, this pamphlet analyzes the story of the prodigal son and discusses the three characters and their actions in an easy to follow study.

Rather than giving you the Scriptures word for word, it retells the story, highlighting the setting and purpose of the parable. It explains the thoughts and culture behind each instance, and sheds light on what the original listeners expected to happen and how the story went contrary to the custom.

It discusses the actions of the father, who was moved by compassion instead of justice, revenge, or pride. It shows how forgiveness brings reconciliation and joy.

It contrasts the two responses: the father and the older brother. Compassion vs lack of compassion. “Son of yours vs brother of yours.” It also contrasts the two sons: open rebellion vs lack of compassion. Even though the younger son was openly rebellious, the older son had a sense of entitlement, lack or love, and a sense of justice that hardened his heart.

The study tells how the story is actually three prodigals: the father, the older son, and the younger son.

It also looks at the reactions of the listeners, and shows how the listeners had sympathy for the older brother.

It shows how the story parallels with Israel, and gives examples such as Jonah, and demonstrates the contrast of God’s grace vs. what we deserve.

After the retelling and commentary it gives us the application, showing how Jesus wants us to be like the father in the story toward others. Throughout the retelling it offers several questions for reflection. It covers building trust, avoiding anger, and advices not to withhold love until a prodigal has earned it, but to be loving and patient, recognizing every step they’ve made in the right direction.

It discusses the difficulties of praying for prodigals because of the emotions and hurt. It gives advice on praying for and dealing with prodigals and gives several Psalms to help deal with worry, anxiety, anguish, sadness, sorrow, protection, comfort, and prodigals.

Most of the time when we here about the prodigal son we only hear about the youngest son. This study covers all three characters, discussing their actions and attitudes. It follows up with advice on dealing with similar situations. Overall it is a quick and basic study that gives a good message with lots of sound advice. It would be a good study for both personal and group studies.

Rose Publishing provided this review copy for free. I was not required to give a positive review – only an honest review. 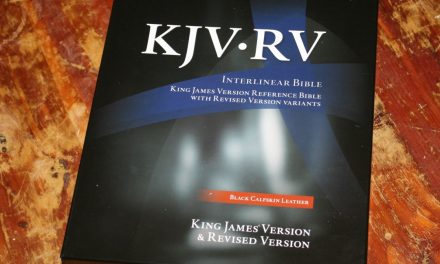 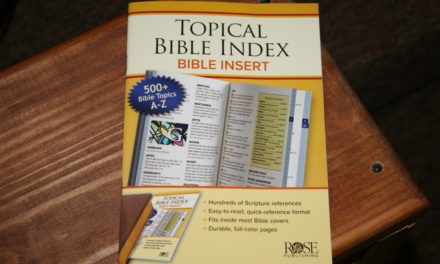