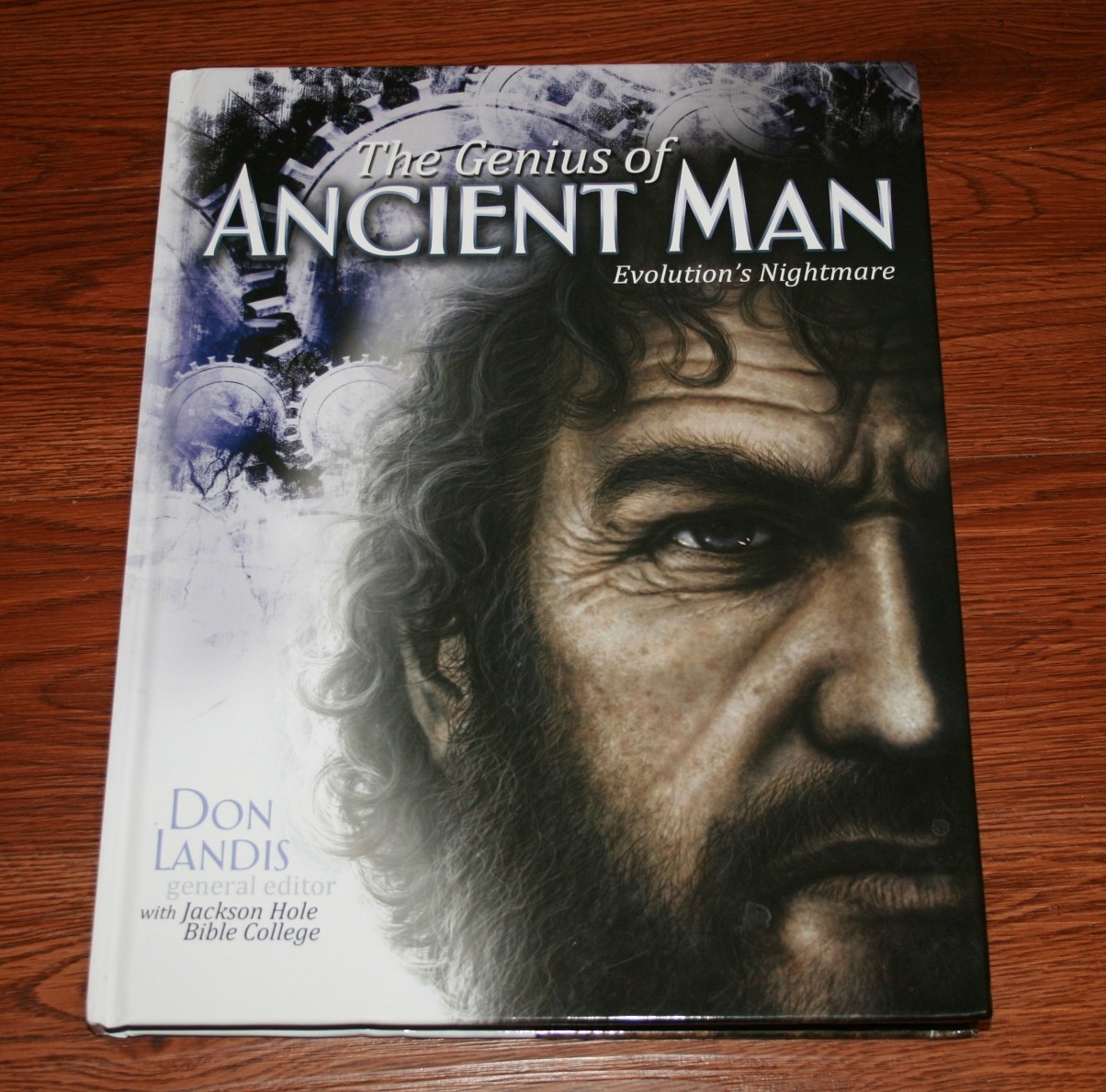 Evolutionists teach that ancient man was an ignorant animal and slowly over millions of years we’ve become smarter. The Genius of Ancient Man – Evolution’s Nightmare from Master Books, a division of New Leaf Publishing, by Don Landis and Jackson Hole Bible College provides beautiful photographic evidence for the genius of ancient man; showing through archaeology a high level of intelligence throughout the globe that disproves the monkey-to-caveman ideology and validates the accuracy of the Bible. 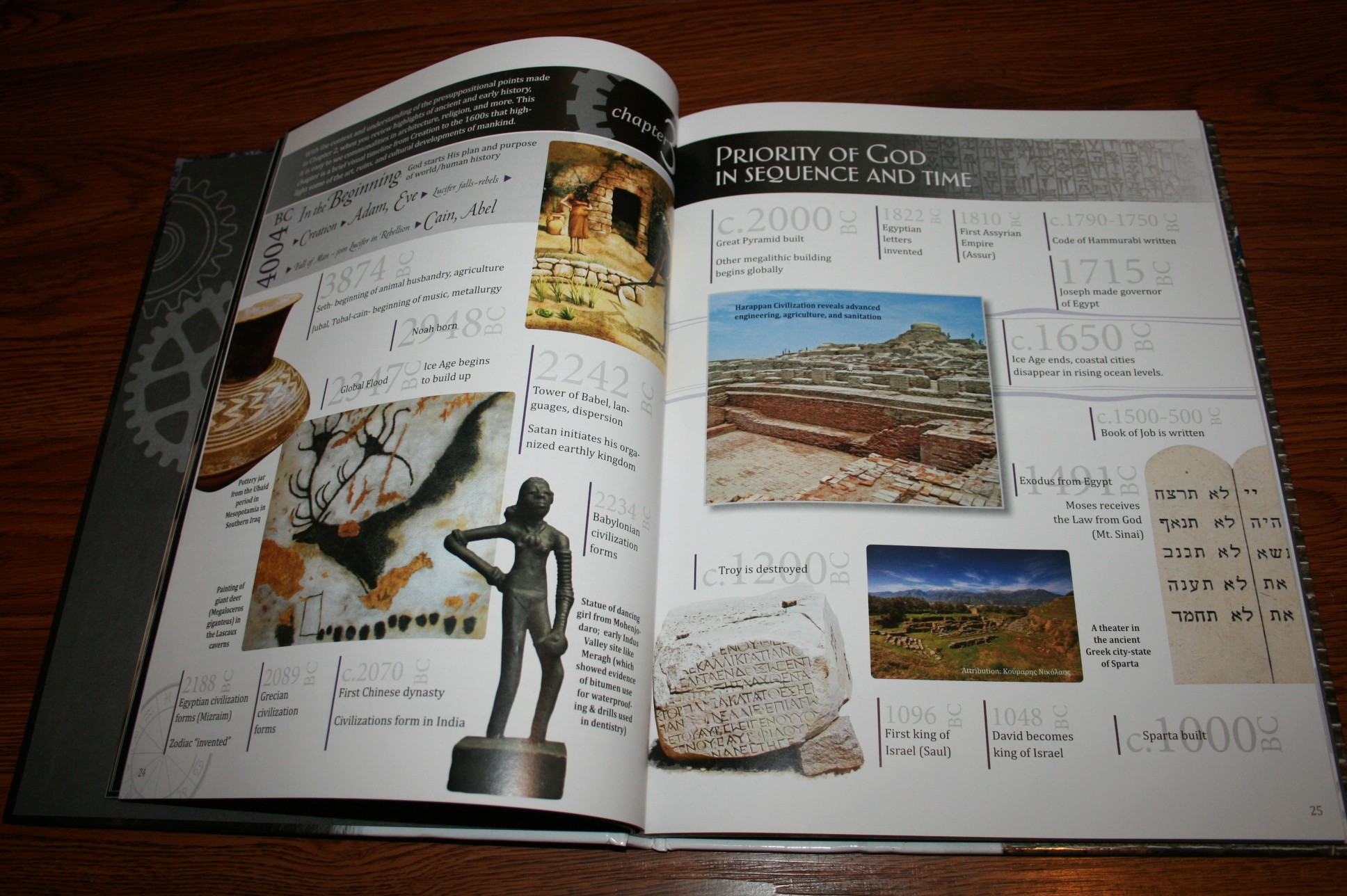 The book starts by laying a foundation for Biblical apologetics, which covers the authorship and authority of the Bible, man created in God’s image, and that counterfeits began at Babel. There is a timeline of man from creation (which is labeled 4004 BC) up the discovery of the law of gravity (1666 AD). Several chapters are devoted to the counterfeits and how Satan uses them for his purpose. Ancient man built pyramids, worshiped the stars, performed human sacrifices, and turned symbols from God into symbols of paganism. 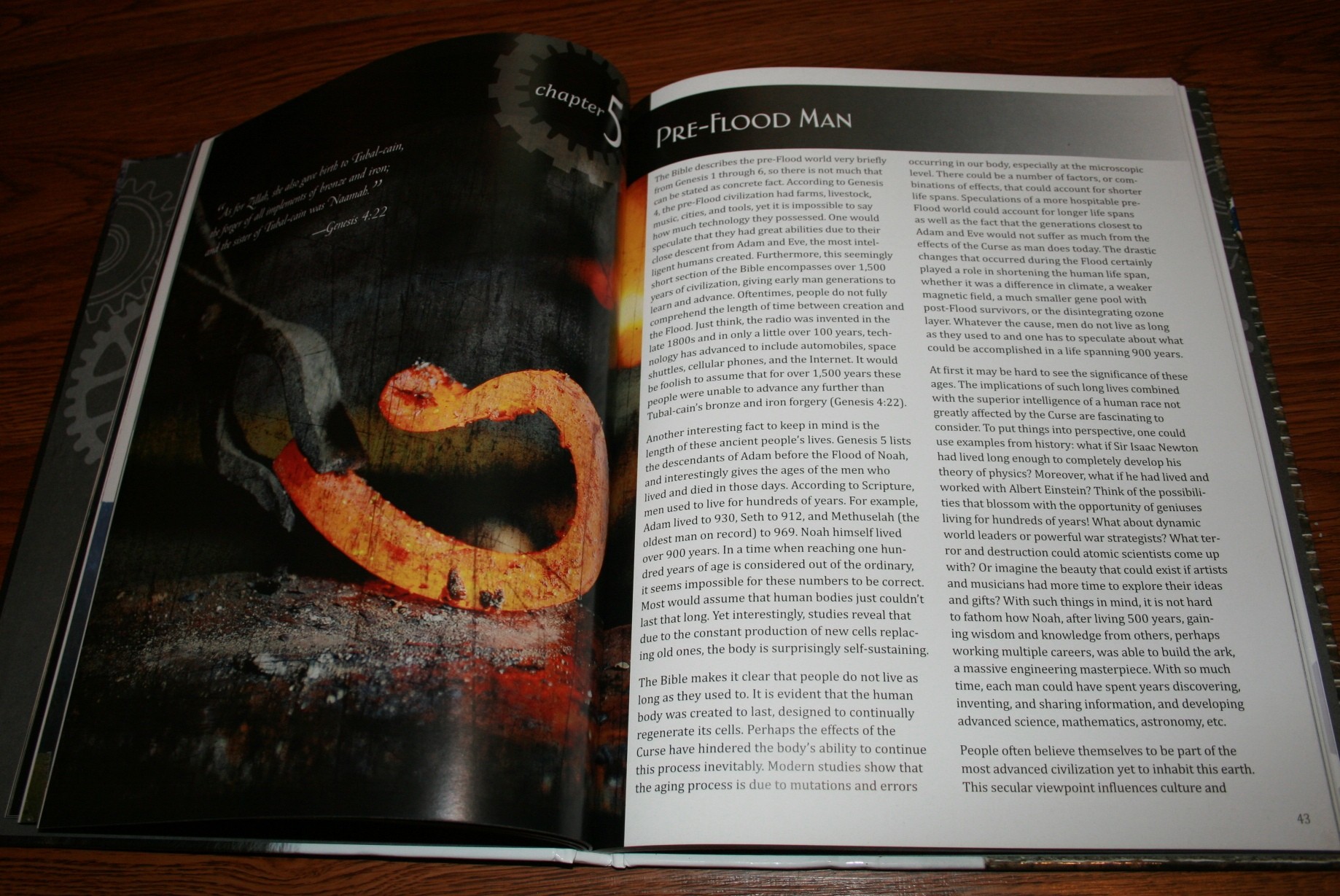 A chapter on pre-flood man discusses what it was like before the flood. It includes information about the technologies that man had before the flood including forging iron and brass, and what could be accomplished during the longer lives they lived.

My favorite part of the book is the chapter on advanced technology. The same higher level of math and science is found around the globe including astronomy, architecture, sanitation, and irrigation. World travel of ancient man reveals maps of what the world looked like including Antarctica (which was discovered in 1820), and boats from thousands of years ago. 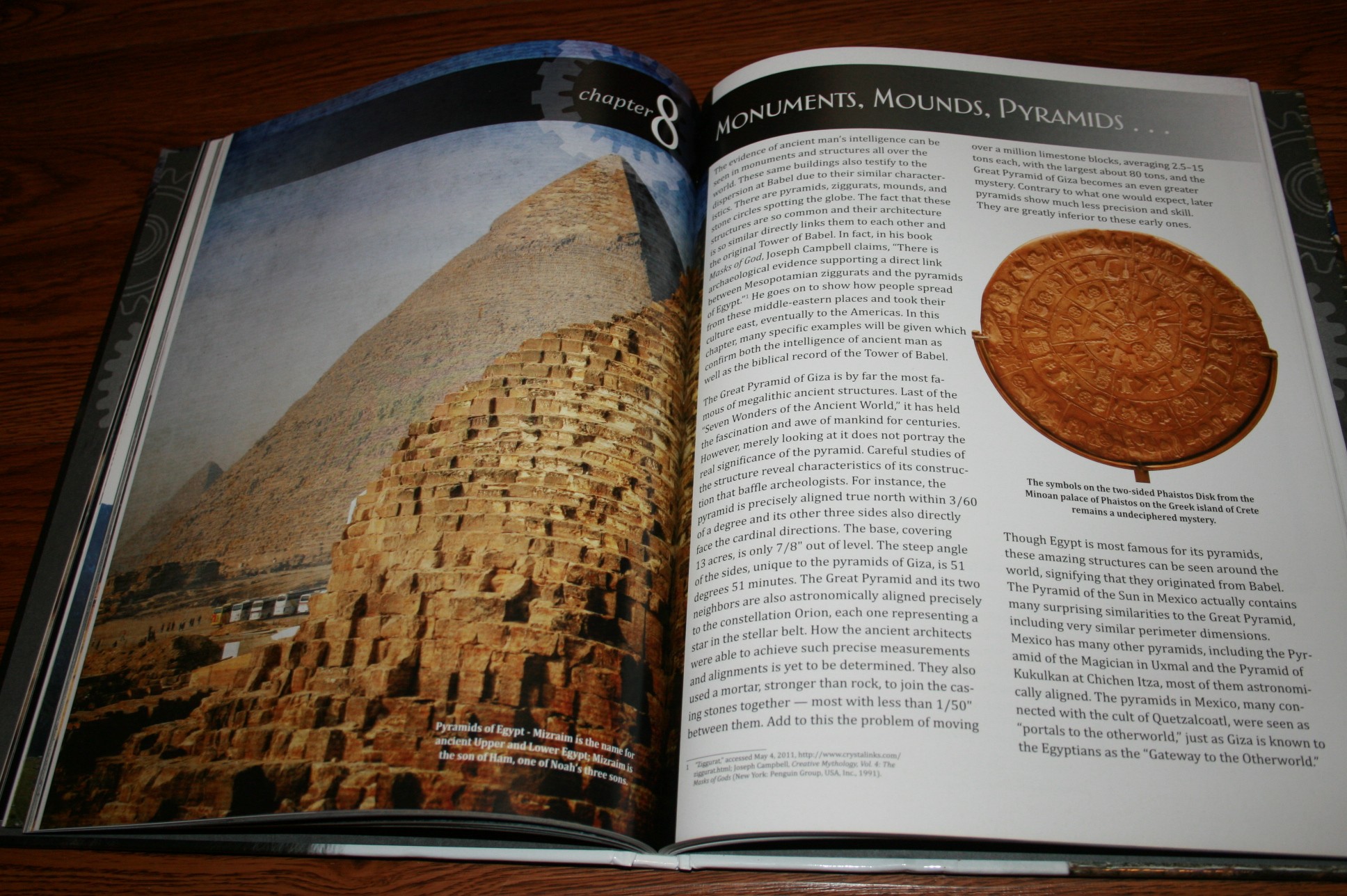 Monuments, mounds, and pyramids have been found all around the world. The book contains maps of these structures and many pictures of sites that show ancient technology.

Other proofs include ancient music, art, religions, and legends. Legends include creation, the flood, babel, and the ice age. There is a chart to show the legends and cultures that believed them, and what Scriptures the legends correspond with. Other information includes dragons, the Chinese language, stars, flight, and interesting archaeological finds including out-of-place artifacts (OOPArts). 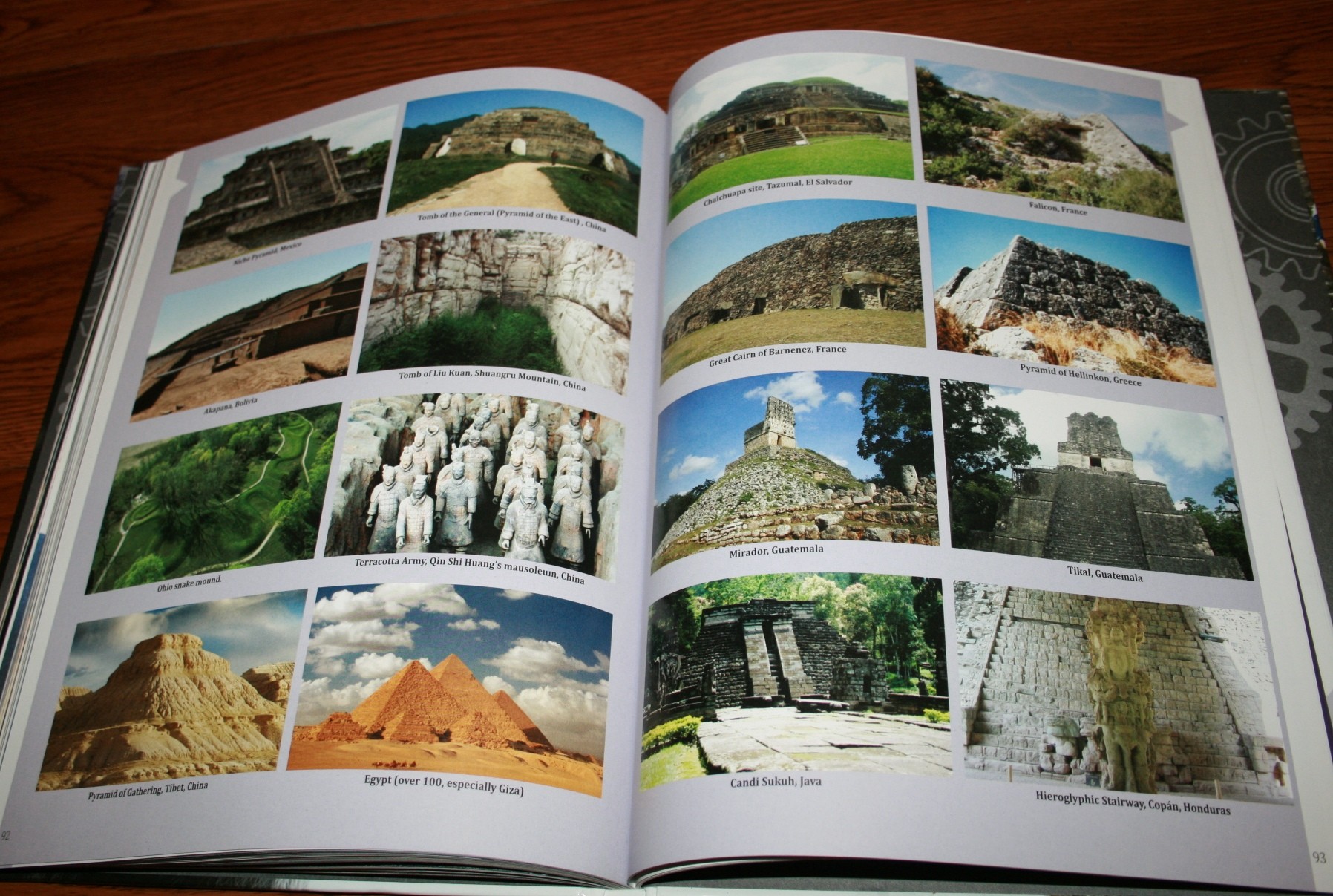 The book concludes with 21 axioms that help lay a foundation to better understand God’s Word. I found the axioms interesting. Each axiom makes a basic point, and then gives a Scripture that substantiates the point. This is followed by a detailed explanation of the point with further proofs. The axioms can be used for personal or group study, or even as a devotional.

I find the subject of ancient man intriguing. It is interesting to see the archaeological finds and technologies that were used in ancient times. I found it especially interesting that similar structures have been found across the globe. 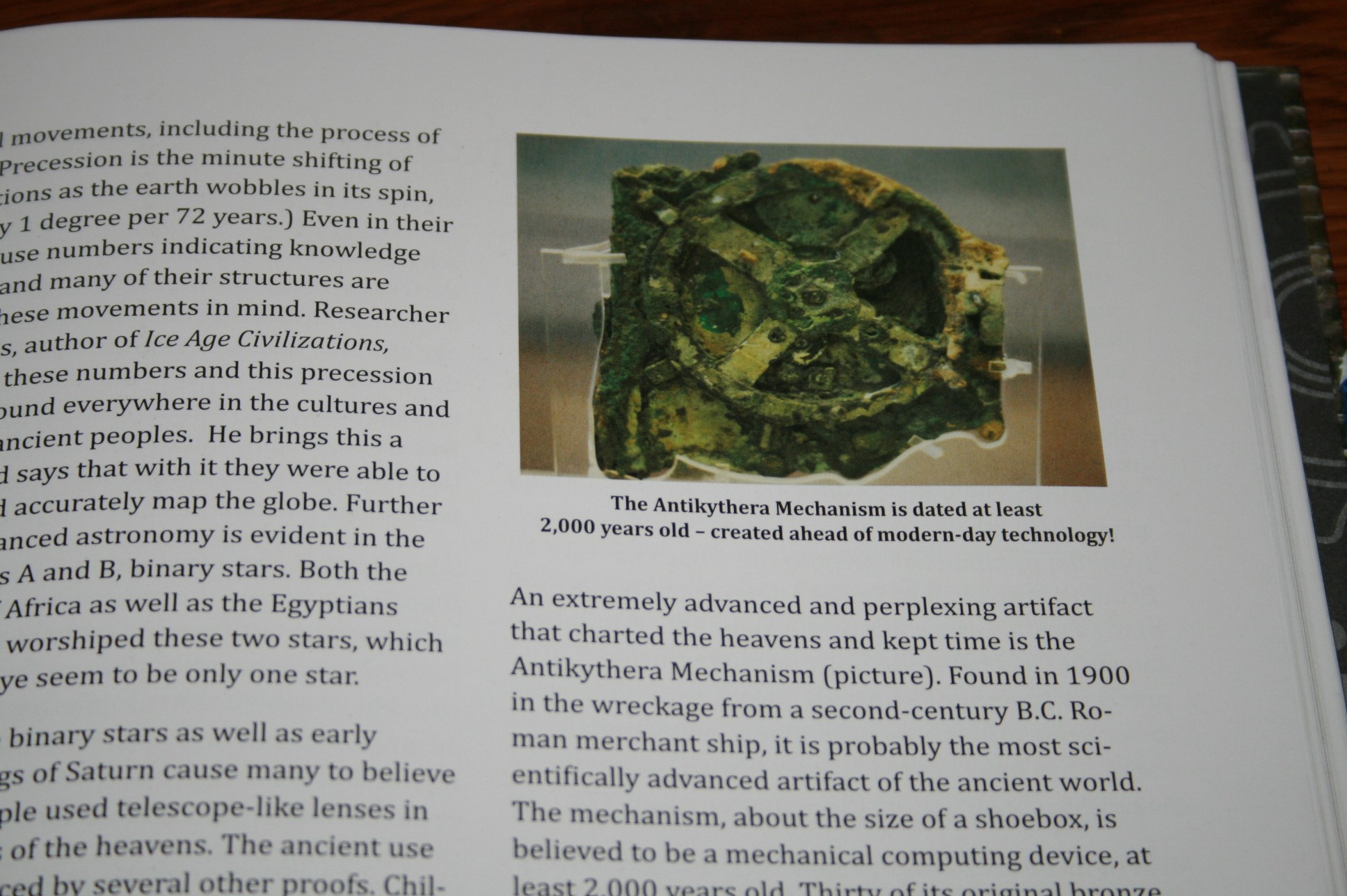 This is a beautiful book filled with charts and color photos, and many archaeological proofs that the Bible is true and ancient man was intelligent- far more intelligent than many want to realize or admit. The book kept me interested. I can tell a lot of hard work has gone into this book. I really appreciate the hard work and information that’s provided.

I highly recommend The Genius of Ancient Man Evolution’s Nightmare. It’s a well-written book that would make a great addition to your library. 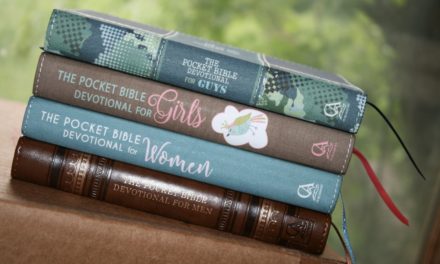