I got to interview Amanda and Abigail of Cambridge Bibles about the upcoming Cambridge Topaz. We discussed the design, materials, production schedule, why they started with the ESV, and other translations we can expect to see in the Topaz design. The layout is done by 2K/Denmark and it’s manufactured by Royal Jongbloed.

The Indopaque paper is the same elegant paper used in the Turquoise, goatskin Clarions, the thinner editions of the Quentel, Heirloom ESVs from Crossway, and many other premium editions. It’s highly opaque, even with the dark print. The paper in the sample had the ‘new dollar bill’ feel worn off because it had been touched a lot during the show. It was exceptionally easy to turn.

The side-column references are placed at the top of the column with a small space between the references for the right and left columns. The typeface is large and dark. The two-color design includes a dark red for the words of Christ, verse numbers, sections headings, and chapter divisions in the references. They decided on a verse-by-verse setting because it’s something that the audience has asked for and it’s lacking among modern translations. This is also one of the reasons they didn’t start with KJV.

The Topaz has been in development for several years and it’s being bound at this very moment. It will be available for pre-sale in October and it will start shipping in November.

My Thoughts on the Topaz

The Topaz looks to be a winner for Cambridge. They’ve gone with a large enough print to make it great for preaching and the layout makes the verse easy to find quickly. The Topaz will fill the void of modern translations in a v-b-v setting that I’ve seen a lot of people ask for. Everything about this Bible is elegant. 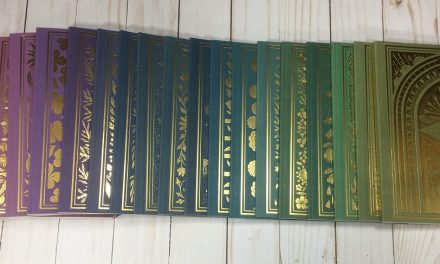 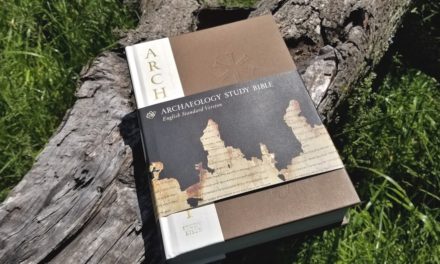 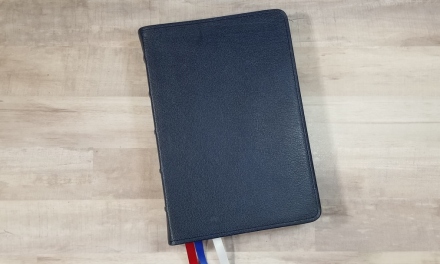 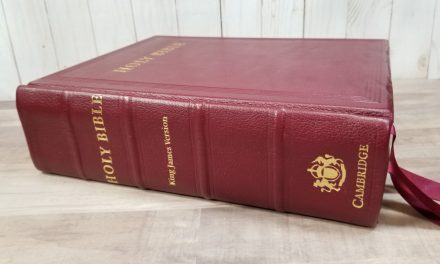