The Breakthrough Version New Testament is a literal translation of the Greek text in modern language by Ray Geide. Ray has spent over 30 years researching words that would most accurately the original meaning and brings out the nuances of the Greek text.

The Passion and the Project

I met Ray at this year’s International Christian Retail Show in Orlando. In just the few minutes we spoke, he explained his New Testament translation with enthusiasm and excitement. He has a strong passion for this project. He has a strong passion to have God’s Word in modern language with the highest level of accuracy possible. He told me several words in the KJV that I didn’t even know had changed meaning. This shows the great need for this kind of work.

This is printed like any high quality paperback book with very thick paper, an extremely consistently dark 10/11 black-letter font, and a glued glossy paper cover. It’s presented in double-column, verse-by-verse format. This is a text-only edition. Books start on a new page. I would like to see some translation footnotes. This would be a great use of the empty pages at the end of books. They could also be placed in the footer of the page (of course that requires another level of formatting).

The readability is top-notch. It’s also easy to hold and carry. Keep in mind it’s made like a book, not a Bible, so it’s difficult to lay it on a table to read from (just like any regular paperback book).

Mine came with a card called Bible Word Helper that shows 34 words that have changed meaning. You can use this with other translations, such as the KJV.

Any words or phrases that do not appear in all manuscripts are placed with brackets. The more brackets it has the more manuscripts there are that do not have the phrase.

Supplied words are in italics. This includes references for Old Testament quotes. For example, Mark 1:2 has:

2 just as it has been written in Isaiah, the preacher, in Isaiah 40:3, “Look, I am sending My messenger out on a mission before your face. He will construct your road.

Looking at the Translation

First, I won’t claim to be a translation expert. I know enough to be dangerous. I’ll stop there. With that said, I took a look at some key verses.

Of course the first verse I went to was 1 John 5:7. I wanted to see how the Breakthrough Version handles the Johannine Comma. It reads:

“There are three that are witnesses:”

Jesus answered, “The first is, ‘Listen, Israel, the Master, our God, is One Master.

16 The person who trusts and is submerged will be rescued, but the person who does not trust will be found guilty.

38 Peter declared to them, “Change your ways. Each of you must be submerged based on the name of Jesus, the Anointed King, for forgiveness of your sins, and you will receive the free give-way of the Sacred Spirit.

Ray used as many manuscripts as possible and makes note of variations within the text. Omissions in the manuscripts are shown in brackets. The more brackets that surround the text the more manuscripts there are that omit that portion of the text.

As expected, it does read a little awkward at times. Any time a translation tries to be as literal as possible we should expect it to read a little awkward. At least until we get used to it. I haven’t analyzed the translation textually, but I found no verses that raised a red flag to me. The most obvious change from any other translation is words are chosen based on accuracy rather than readability. This doesn’t mean it’s not readable – it’s just not familiar.

One thing I’m not sure of is what manuscripts were used for the translation process. I know that multiple manuscripts were consulted and that variations are identified with brackets, but it isn’t clear which manuscripts contain the variants.

There’s always going to be concern when the work is done by one person rather than a team. That system of checks and balances just isn’t there and it raises the caution level. That doesn’t mean the work is bad. It’s just something to be aware of.

You can get the Breakthrough Version at the official website: breakthroughversion.com. It’s available in paperback for $14.95 and in ebook form on various platforms for $4.99.

The website also contains an introductory video and charts that compares several verses and word-usage with KJV, NKJV, and ESV.

Breakthrough Version Publishing provided this Bible free for review. I was not required to give a positive review – only an honest review. 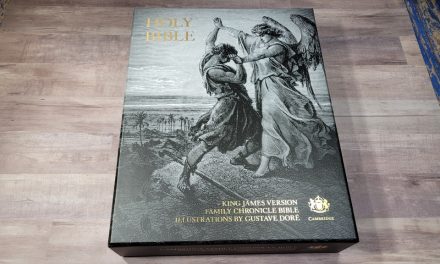 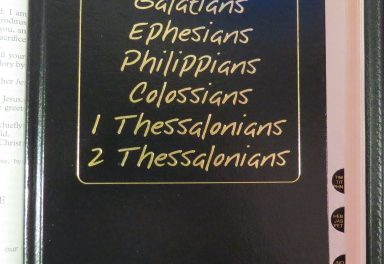 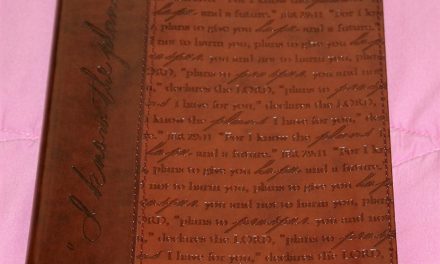 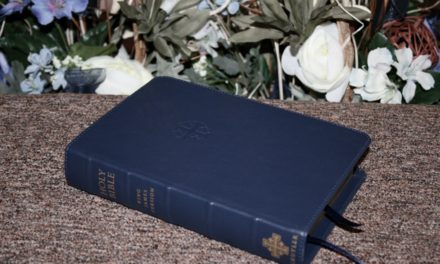