31 And the Lord spake unto Moses, saying, 2 See, I have called by name Bezalel the son of Uri, the son of Hur, of the tribe of Judah: 3 And I have filled him with the spirit of God, in wisdom, and in understanding, and in knowledge, and in all manner of workmanship, 4 To devise cunning works, to work in gold, and in silver, and in brass, 5 And in cutting of stones, to set them, and in carving of timber, to work in all manner of workmanship.

Not typically the way that you would open a review but it is quite appropriate. If you have not met Diego Caloca Jr, you are missing out; he is a master craftsman plying his trade to help people make the perfect Bible.

It is no secret that Randy and I have a number of Bibles that we use regularly and, if you know either of us well, you know that we, at times have, difficulty deciding on which one to use on a daily basis. For me it was four: The Thompson Chain Reference (NASB, Kirkbride Bible Company, Publishers), the Westminster Reference Bible (KJV Trinitarian Bible Society, Publishers), Schuyler ESV New Classic Reference Bible, and the Concord Reference Bible (KJV, Cambridge University Press, Publishers); that was the case until I met Diego. After seeing his work I knew that I absolutely needed to land on one Bible that would be my daily, for keeps. Since the Thompson was my first choice, under normal circumstances, it seemed logical to choose (More on that in a few minutes).

First, I had to get the right leather. Fortunately for me, Tandy Leather has an office in Chula Vista and so, I went to the shop to look and, more importantly, touch all of the leather. After handling about 40 pieces of leather, I found a black goat hide that was labeled Italian Mountain Goat. It was extraordinarily soft and supple and I fell in love as soon as my hands touched it. I explained what the project was to the shop manager and she suggested a couple shops but I had already made the decision to utilize Diego’s services, which was absolutely the smartest decision I could have made.

Fast-forward three weeks… The Thompson arrived in the mail in humble packaging concealing the magnificent wonder that was inside. On the spine were two phrases, Holy Bible, which would be an obvious choice for the spine of the Bible and Verbum Veritatis (Latin for Word of Truth), a phrase designed to make in my own. Added to that, the pages were dyed red, which was suggested by Diego (Back to that in a minute) and two red ribbons marking my two favorite passages.

There are a host of reasons why people re-bind. In my case it came down to durability, cost, and preference. I wanted a high quality goatskin Bible but I did not have the $250+ that they normally go for. (I do have one goatskin, the Schuyler ESV Bible with confessions but that is not the translation that I normally use.) Also it had to have a sewn binding so as to stand up to going into and out of my brief case every day and to last long enough to be passed down to someone else in the future.

A bit about the process…

I mentioned earlier that Randy and I both have multiple Bibles that we love and go back and forth on. However, when it finally came down to it, there was really only one choice in a Bible for me to rebind, my hardcover New American Standard Version Thompson Chain Reference Bible. Here is what made this Bible the right decision (some of this will be a repeat of my TCR review):

For 19 years, the New American Standard Bible has been my translation of choice and I primarily use the 1975/1977 NASB which is widely considered to be the most literal available.

I feel that the Thompson is the best overall resource for studying the Bible so it just did not make sense to rebind anything else.

The Bindery HAD to be in California (I have difficulties with delayed gratification), which is where I am at and that narrowed it down to two: Golden Rule Bindery in San Marcos, which is a half hour drive from my house or Caloca Bible Rebinds in Rancho Cucamonga. I went to Golden Rule and did a tour of the facilities, asking many questions about the process and what I could expect as a customer. I was quite pleased with what I saw. That being said, two other reviewers, whose opinions I respect highly, wrote excellent comments on Diego Caloca’s work so I had a couple conversations with Diego via Facebook and then sent my Bible off to him essentially sight unseen. By now you probably figured out that I am beyond certain that I made the right choice. 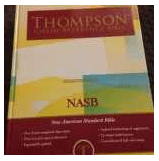 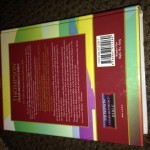 Before rebinding, this was a hardcover, which was very colorful. I had not put any notes into it because I had discovered that mine was the last one at the store and they did not have any replenishment scheduled. Normally this would mean being completely out of print but contacts at Kirkbride tell me that they are working on a new edition. (We shall see). I could not take the chance that it was going out of print so I decided that it absolutely had to be in a form that would last till I die or till Jesus comes, whichever happens first.

I want to emphasize the fact that this Bible had a sewn binding; I probably said this before but it is that important.

I went to Tandy Leather primarily for their selection. They have everything from pigskin, to calf-split, to Italian Mountain Goat (which I chose), Alpine Goat (a little bit more expensive) and lambskin. As I mentioned earlier, I handled over 40 pieces of leather before deciding on the Black Italian Mountain Goat Hide. Both the lambskin and the Alpine Goatskin were out of my budget, though exquisite, and, honestly, only the most discerning fingers would be able to tell the difference between the Alpine and what I bought.

The grain was a bigger factor than I thought. I have a couple Cambridge Bibles in calf-split leather and I absolutely love the grain on them but for some reason, I could not get behind that idea for my rebind. The hide that I chose is “ironed” so that it is very smooth; it actually lives up to the cliché about being as smooth as a newborn baby’s skin.

The reality of it is this, the hide you choose is very personal; after all, that is why you are re-binding in the first place. Essentially, there is no wrong choice.

Thoughts on Diego and the Experience

To say that I am pleased with Diego and his work would be a classic exercise in understatement. There were a few enhancements that we discussed, one of which I had not even thought of. The red dye for the edges is well, stupendous; it is also the enhancement that I had not even considered. It perfectly offsets the paper that Kirkbride chose and really makes the letters pop off of the page.

I love Latin and my ministry is called Exploring the Truth so we appropriately stamped “Verbum Veritatis (word of truth) on the spine. Diego also stamped Holy Bible on the spine; the stamping is done without that pesky gold foil which I think adds a more antique-ish look to the Bible.

I don’t hand out a lot of perfect 10-point customer satisfaction scores because there s usually something to improve upon. In this case if I gave less than a perfect 10 I would really have to go nitpicking to find something to moan about. The value you get vs the cost is insane, but you will have to discuss costs with Diego yourself.

Now the Major Question: Should you rebind?

Well, only you can say if rebinding is for you. In my case, the Bible I use most is currently out of print and was not leather bound in the first place. I felt that the Thompson was nearly perfect. Now it is and Diego Caloca did that. 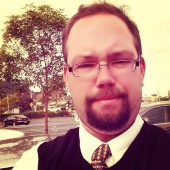 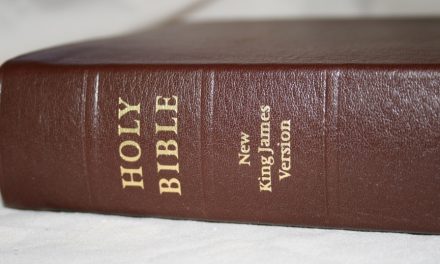