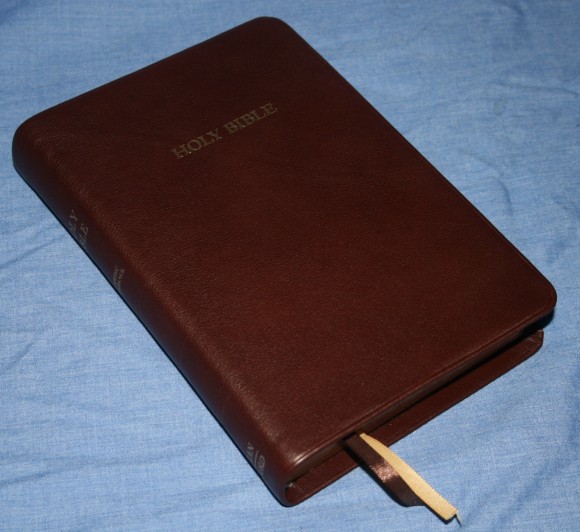 I previously reviewed RL Allan’s wide margin edition of the Brevier Clarendon, so I thought it would be nice to take a look at the regular edition. This is a true hand-size Bible with enough punch to serve as a primary Bible for both the layman and the minister. The edition I’m reviewing is the brown Vachetta calfskin – 10CBR.

The brown Vachetta calfskin is thick and soft to the touch, but at the same time it’s not overly flexible. It’s the right kind of flexible for me. It feels soft and still lays flat in the hand. It is a light grain that looks tight and pebbly. The liner is black vinyl/card stock. It’s Smyth sewn and has no trouble lying flat on the first page.

The paper is extremely thin but still fairly opaque. It’s so thin that I don’t think I want to write in it. The pages were stuck together and I crinkled several of them trying to get them apart. It does help in making this a lightweight and thin Bible while still providing lots of supporting material. Line-matching would improve readability, but it’s not that bad.

The print looks like the old printing-press style of publishing. The font is the old Clarendon style and is 8-point with 9-point leading (8/9). It’s bold and very consistent throughout. This is a black-letter edition. It doesn’t have self-pronouncing marks but it does have italics for supplied words.

I don’t know how many references there are. They’re in the center column and almost every page has the column completely filled with references. There are 15 references for Genesis 1:1. Translator’s notes are also included. References are keyed to the text with letters. Notes are keyed with numbers.

The letters and numbers for the references and notes are tiny. They are sometimes too hard to read. Since the print style looks like it was printed on a press, some of the fonts have the look of too much ink when it was pressed. For fonts that are circular (c, s, d, b, etc.), the ink can smear and make the font unreadable. This is also true of the wide margin edition.

There are 16 pages of beautifully colored maps and there is an index! This should be standard in all Bibles with maps. They’re printed on thick paper that’s not glossy. I like that it’s not glossy (I’m not a fan of glossy paper for maps). The maps are colored to show topography. They look great and are easy to use.

There are two ribbons. They are much thinner than the other Allan Bibles that I’ve seen. It makes sense for them to be thin considering how small this Bible is. One ribbon is brown and the other is gold. The gold ribbon is slightly wider than the brown one. I usually like everything symmetrical, but this adds a little character.

The Brevier Clarendon is a great choice for carry, reading, study, and sermon or class prep. It has enough to serve as your ‘one Bible’. It’s a great companion to the wide margin edition. 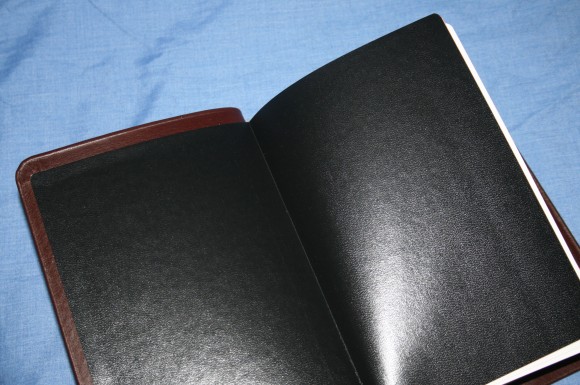 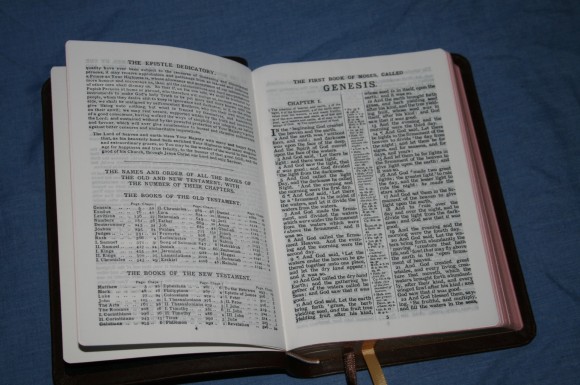 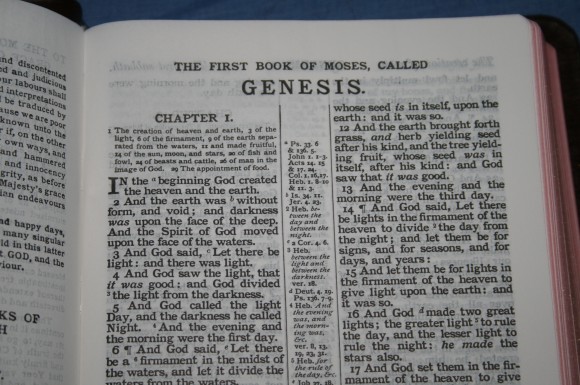 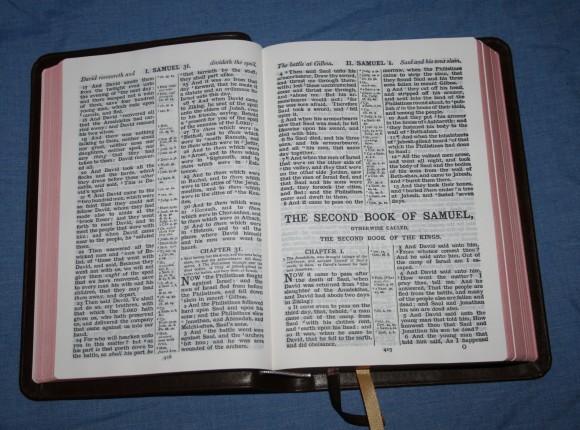 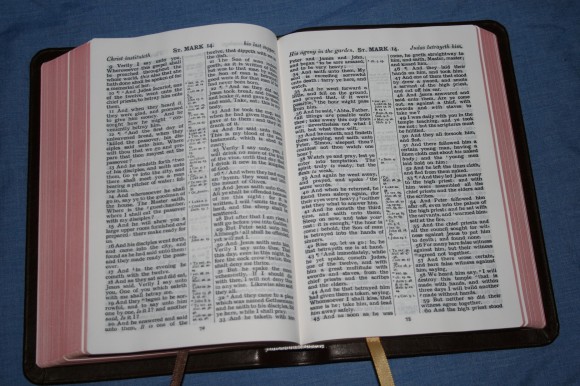 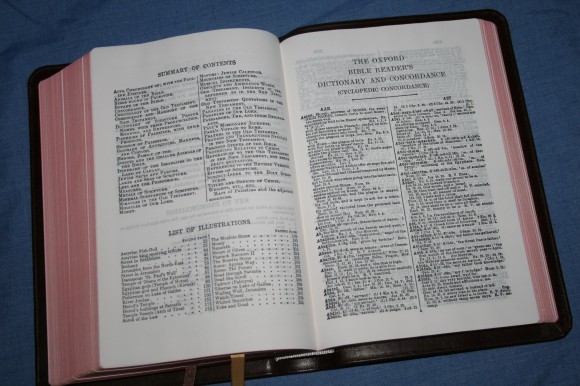 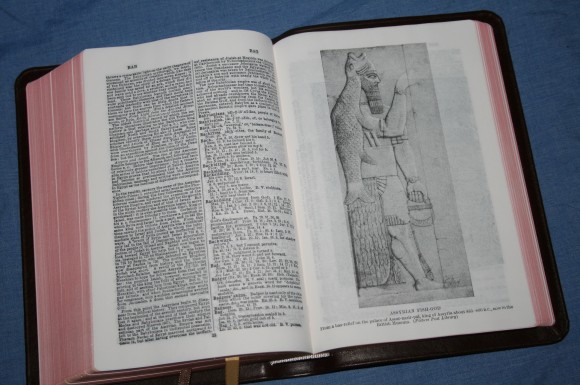 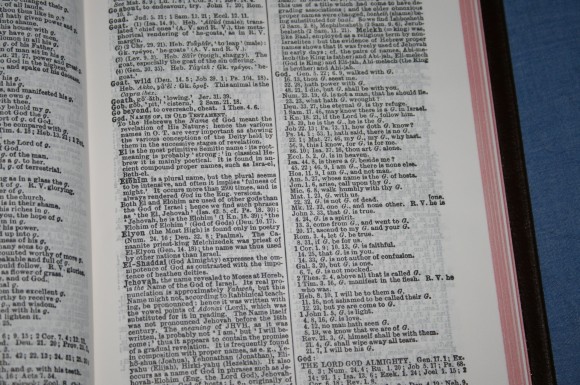 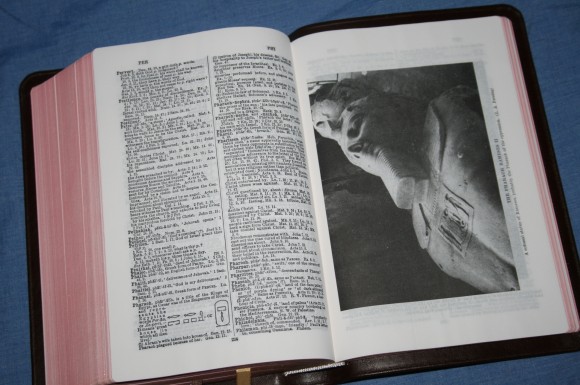 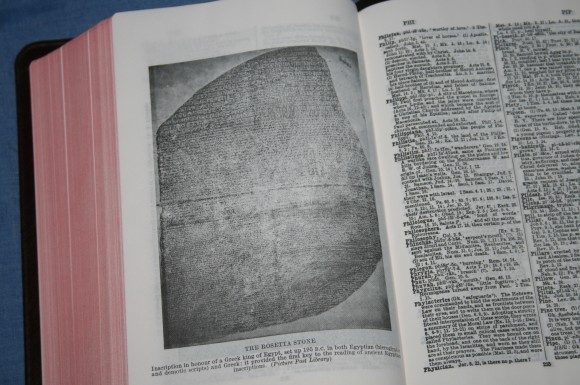 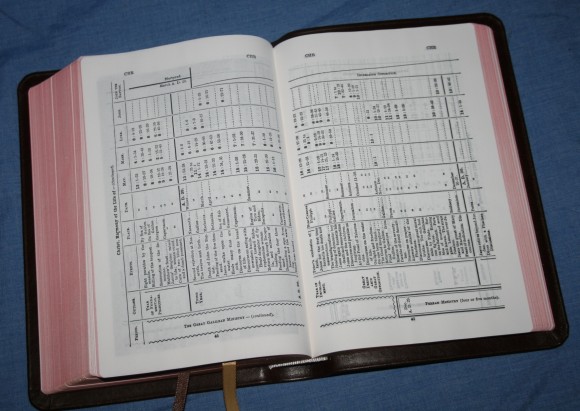 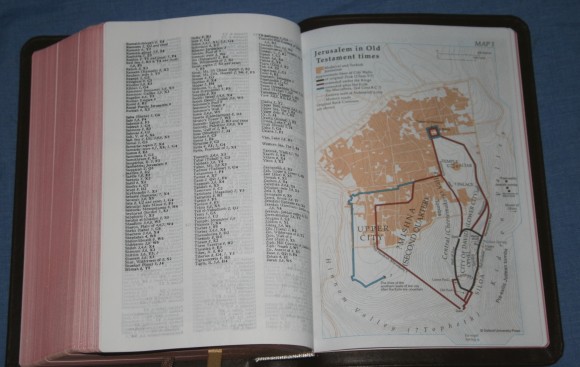 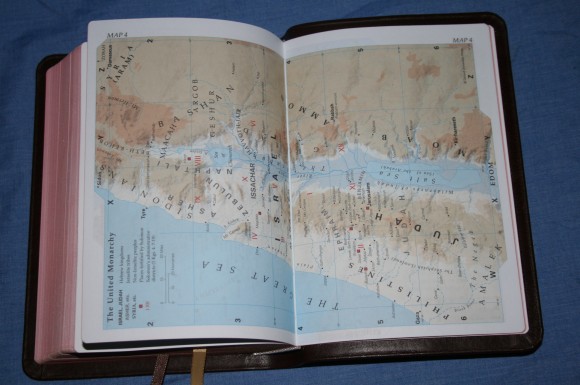 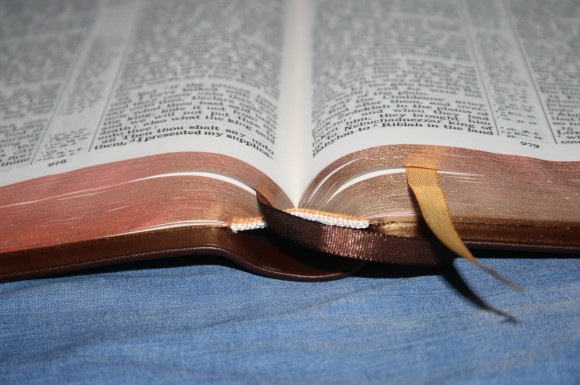 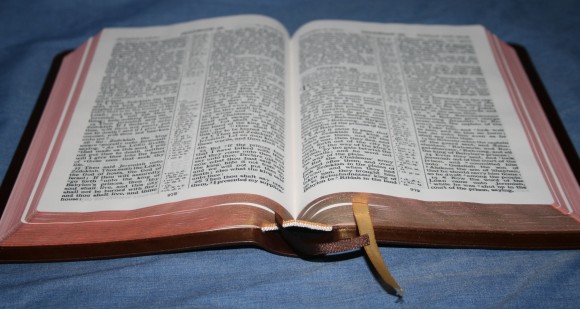 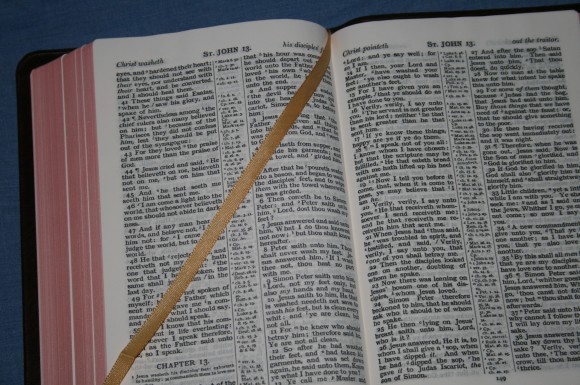 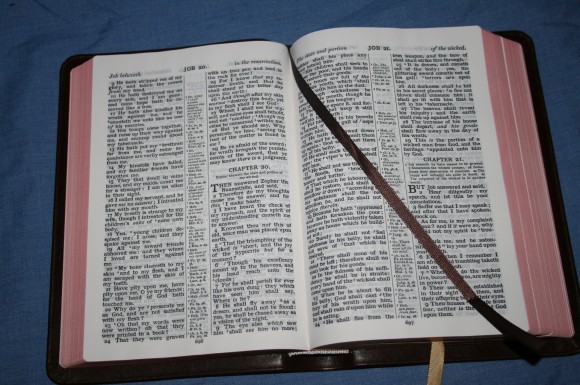 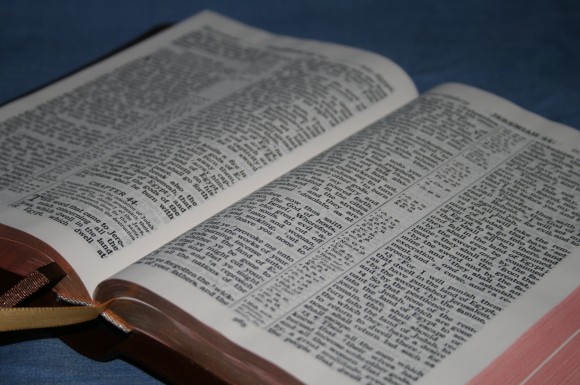 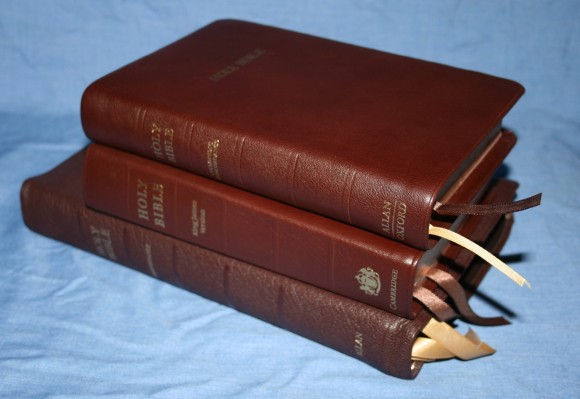 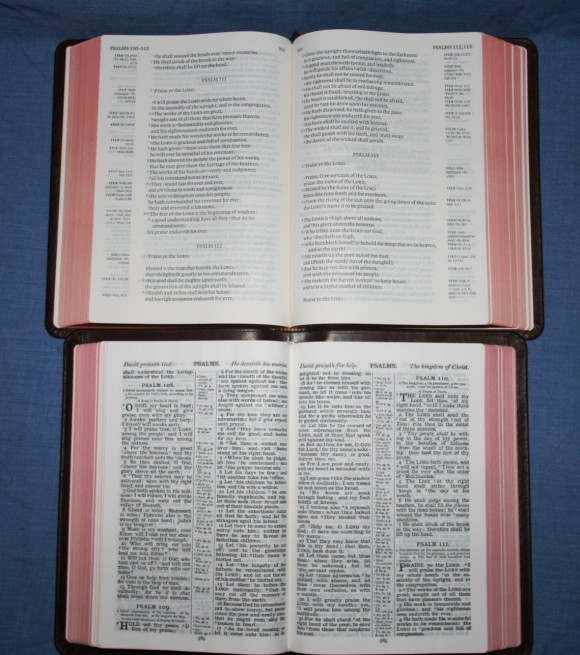 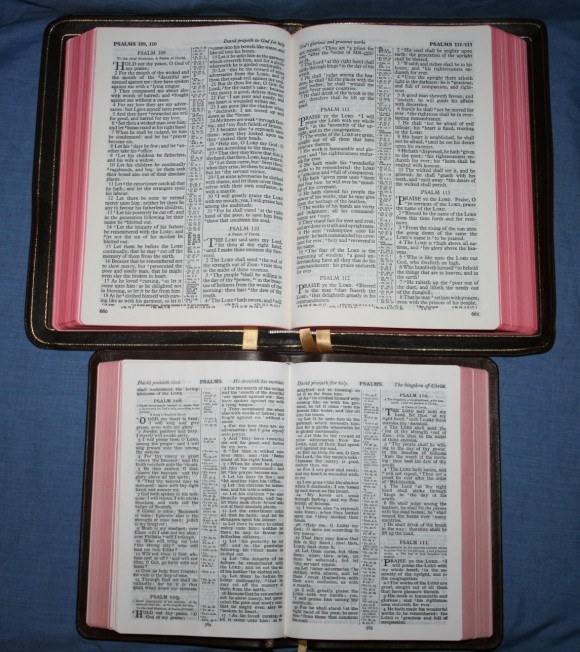 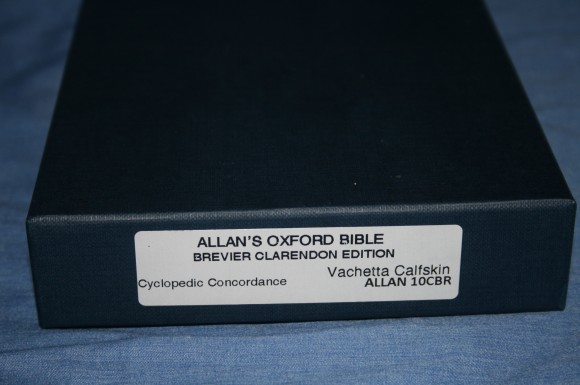 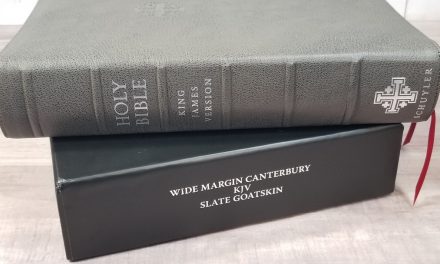