Study Bibles are a great addition to your library because they contain lots of notes and features in one volume for a low price. I am always cautious of notes in study Bibles, and the Scofield is no different. I’m not just picking on Scofield, I caution every one of all study notes, even those found in commentaries and study tools. With that said, the Scofield III has lots of nice features. Notes within the text include book introductions, book outlines, charts, definitions, lists, in-text maps, marginal references, chain references, chronology, and more. In the back of the Bible there is a subject index, a chain reference, an index of proper names, a nice concordance, and 16 Oxford maps. The notes that make the Scofield III unique, in the form of articles, charts, etc., are placed within boxes at the bottom of the page.

The Scofield III has some of the most comprehensive headings in any study Bible. The section headings are very detailed and there are lots of them. They are in outline form and many of them contain references to parallel passages.

The New King James text is one of my favorite translations and the Scofield III presents it well.

This is a large Bible at 10.4×7.5×1.9 inches. The print is a nice and clear 10.5 font which includes red-letter that goes all the way through Revelation. The 10.5 font is so nice that it is difficult for me to go back to a smaller font. I would especially recommend a large font for public reading. All Bible paper is expected to have some bleed-through, but the bleed-through is very slight and not bad at all. This Bible is very readable.

Even if you disagree with the Theological position of Scofield’s notes, I can recommend The Scofield Study Bible III, Large Print, NKJV for study. With its nice set of features, paper, and text, the Scofield III NKJV Large Print would make a great addition to your library.

Oxford University Press provided this free review copy. Bible Buying Guide was not required to give a positive review- only an honest review. 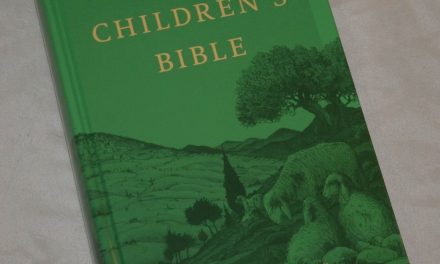 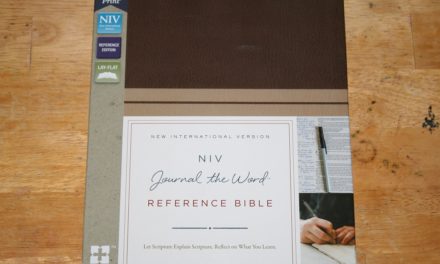