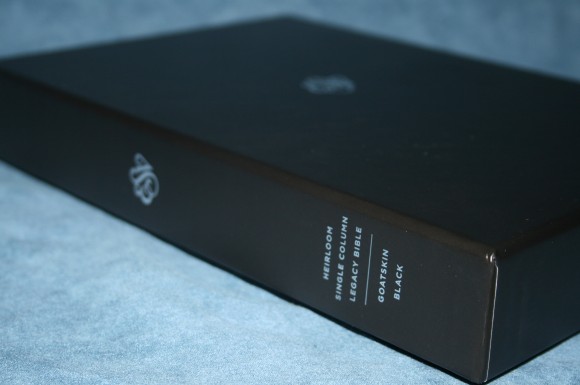 Crossway’s Heirloom series holds to a much higher level of premium, bringing them into the area of RL Allan, Schuyler, and Cambridge goatskin editions. They all have one key element in common – Jongbloed. The Single-column Legacy is the latest Bible to receive the Heirloom treatment.

I recently contacted Crossway and told them I wanted to host a giveaway on Bible Buying Guide and asked if they were interested. They responded with a Yes! I expected them to offer an inexpensive TruTone edition. Little did I know they intended for me to give away a Single Column Legacy Heirloom Edition. They sent a link and asked if that would be okay. I responded with a yes (twist my arm) before I even clicked the link. I already knew an heirloom edition was going to be an amazing give-away. To sign up for the giveaway just sign up for the newsletter. If you’ve already signed up then you’re entered into the drawing. The drawing will be held October 19, 2014. (UPDATE: Drawing has ended. Thank you to those who participated)

My thanks and appreciation goes out to Crossway for sponsoring this giveaway. They’ve been an amazing supporter of Bible Buying Guide.

The cover is thick goatskin leather with a leather liner that is edge-lined. The edges are stitched all around the perimeter. This edition is much thinner than the original. There are size hubs on the spine that give it an extra nice look. The thickness of the leather is just right. The grain is natural and beautiful. It has a leathery sound as you handle it. There is a gold line on the liner that traces around the page. It reminds me of the line from an Allan.  As far as the perfect size, this one feels much better. This is my favorite size for a Bible. Although the cover is floppy I was able to hold it open in one hand for reading. The binding is Smyth sewn and has no problem lying flat, or any other shape I want it to, straight out of the box.

The paper is 28 gsm. It has that creamy tone and that texture that I love. It’s not as opaque as thicker paper but it’s not bad and it shows up worse in the photos. It’s on par with the Schuyler KJV and NKJV editions and far better than the Clarion. I would rather have this paper with this opacity than a more opaque paper that’s doesn’t have this color and feel.

The font is 9-point lexicon with a 10.75 leading. It’s a black-letter text that’s semi-bold and is consistent on every page. It has line-matching and is a joy to read. The boldness of the text strikes the paper just right.

The layout was developed with the idea of the renaissance perfect page. They’ve measured the layout between the text and margins to get the perfect proportions. I can’t argue with the layout proportions. They look nice. The headings in the margins look different than what we’re used to, but it does make for a nice reading experience. I can read without distractions and the information is there if I want it.

The concordance is 72 pages and has two columns per page. 49 references for God. It’s easy to use and seems to have a lot of good entries.

There are 8 color maps on thick glossy paper. I would have preferred non-glossy paper but these are still nice. I also would like to have an index to maps but these are labeled well, so they’re easy enough to use.

There are 4 ribbons, each in a different color: black, brown, gold, and bronze. The ribbons are thinner than I would like. Thick ribbons wouldn’t fit this Bible in my opinion, but I would have liked them to be little thicker than they are. Still, I love the fact they included 4 ribbons that are different colors and long enough to be useful.

If you like RL Allan, Schuyler, and Cambridge goatskin Bibles then you will like Crossway’s Single Column Legacy Heirloom edition. The leather and paper are amazing to hold, touch, and read. This is an amazing Bible that’s made to last and will make a true heirloom. 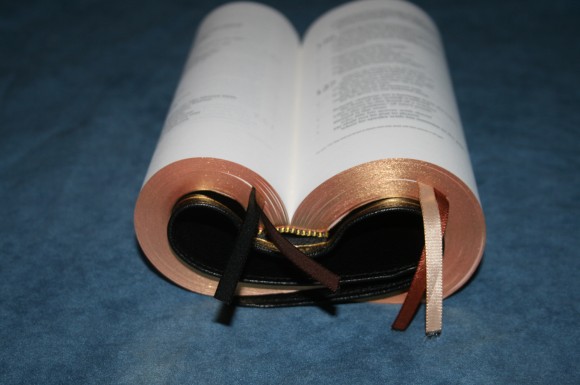 Crossway provided this Bible free for review. I was not required to give a positive review – only an honest review.

Click here for the review of the original Single-Column Legacy

How to Choose and Use a Wide-Margin Bible [Kindle Edition] 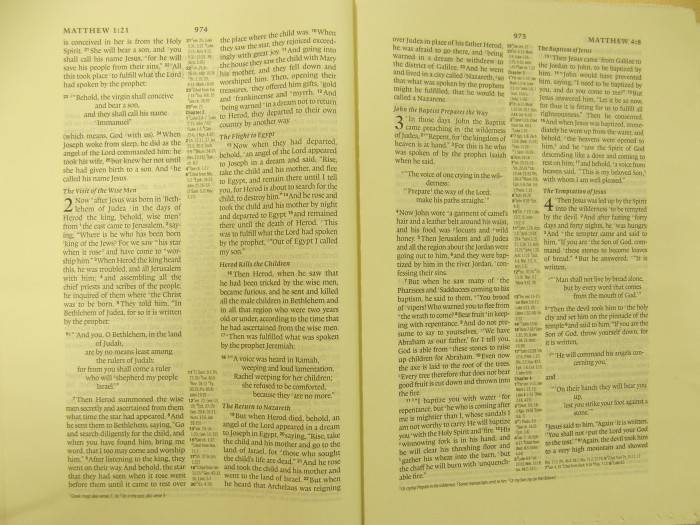 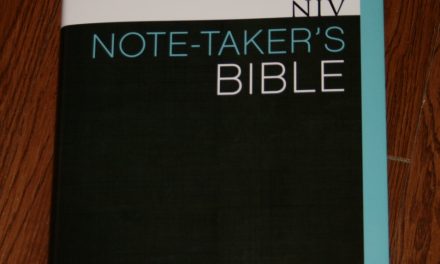