Choosing a Bible translation is one of the most important decisions you can make in your Bible reading and study. The right translation can increase your understanding, help you to grow deeper, improve memorization, and stay excited about the Word of God. The wrong translation can keep you confused, and even worse, bored over God’s Word.

Translating the Scriptures is not a simple task. Often, there isn’t just a single word in English that means exactly what a word means in Hebrew, Aramaic, or Greek. Words have a range of meanings and that range can be much different from one language to another. This requires a degree of interpretation on the part of the translator. Because of this some translations have more interpretation than others.

There are two basic types of Bible translations: formal equivalent (literal, or word for word) and dynamic equivalent (thought for thought). Some versions attempt to bridge the two.

A formal equivalent doesn’t work as well for idioms and expressions because sometimes the point gets lost in translation. However, formal equivalence is far better for serious study because of the accuracy of words and grammar.

Some basic literal translations include:

Dynamic equivalence, also known as functional equivalence, or thought-for thought, attempts to translate the thought of the passage rather than the actual words. This allows more room for interpretation by the translators (which can be good or bad). The goal with dynamic equivalence is to make the text more readable, resulting in a lower reading grade-level.

Dynamic equivalence is usually better for expressions and idioms, but they’re not as good for word studies because the words and grammar may have been changed to make the text more readable in English.

The NIV, NET, and HCSB attempt to combine elements of both types of translations. The HCSB attempts to remain as literal as possible by only using thought-for-though translation where necessary for clarification. Holman calls this an optimal equivalent.

Another type of translation, though not actually a real translation, is called a paraphrase. Paraphrases are not translations because they’re not based on manuscripts. Instead, they’re rewordings of other translations. An example of making a paraphrase might be taking the KJV and rephrasing it in your own words.

There’s nothing wrong with reading a paraphrase but I would not use them in place of an actual translation. They might be useful as commentaries and it might even be useful to create your own as a type of Bible study.

You can see reviews of many popular translations here at Bible Buying Guide by selecting the translation you want in the menu. 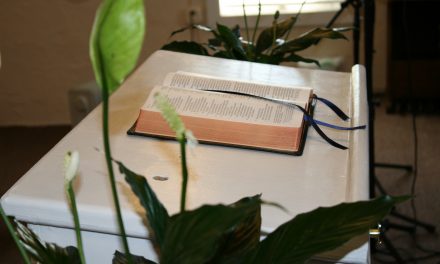 Choosing a Bible for Your Pastor