Tennessee lawmakers failed to override Gov. Bill Haslam‘s veto of a bill that would have made the Bible TN’s official book.

Forty-three House members voted in favor – just short of the 50 needed as a majority vote. The Senate, which had approved the bill 19-8 earlier this month, would also need a majority vote before the bill could become law.

The bill was proposed based on the historical significance of the many Bible publishers in TN.

Chief litigation counsel of Liberty Counsel, Horatio Mihet, said there is a “gross misunderstanding of the Establishment Clause,” which he says requires “neutrality towards religion.”

Mihet says that making the Bible the official state book is based on the historical context. He says that “to say that the Bible plays an important role in society is not to trivialize it,” and he shows that family genealogy and historical aspects and events of the Bible “can properly be taught in a public school.”

Michael De Dora, director of public policy for Center for Inquiry, says, “To designate the Bible in this way would cheapen it. Involving it in political debates, I think leads down the path that the Bible becomes this political tool.”

Hedy Weinberg, the executive director of the ACLU of Tennessee,said, “Privileging one religion over another, as they would be doing if they were to make the Bible the official state book, is clearly violating the Establishment clause to the First Amendment.”

Mihet said the bill is “worthy enough to debate in public light.” 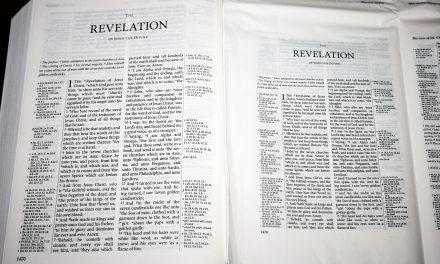 He is not here, but is risen